In the last few years a whole new waveband of the electromagnetic spectrum has been opened up for exploitation: the Short Wave Infra Red (SWIR). The band ranges from the edge of the near IR region at 900 nm up to 1700 nm, and has traditionally been invisible to all detectors. Now, Indium Gallium Arsenide (InGaAs) sensors can image within this waveband, for a wide range of applications. For example, stimulated photoemission silicon devices can allow in-line inspection of their internal structure during manufacture. Bruising of fruit can be detected by imaging the sub-surface accumulation of water. Surveillance applications can benefit from reduced atmospheric scattering due to mist in the SWIR band, and can take advantage of the SWIR band “night glow” of a clear night sky. SWIR band laser illuminators, invisible to most detectors, can provide high quality night vision when coupled with a SWIR camera.

So how can we take advantage of this new part of the electromagnetic spectrum? The first obvious use is in spectroscopy. A normal CCD colour camera has sensitivity up to about 700nm, at which point the IR cut filter cuts off the near infra red that would otherwise ruin the colour balance of scenes intended to look natural to the human eye. A monochrome CCD, without the IR cut filter, will see up to about 1000nm. An InGaAs SWIR sensor on the other hand has sensitivity from about 900nm up to 1700nm and therefore makes an ideal component of a multi-sensor system for hyper spectral imaging. Cameras are available now with waveband extension up to 2200nm and even with visible extension down to 400nm, making a very wide spectral sponge possible within a single camera.

A recent spectroscopic application here is in remote detection and identification of chemical spillage and staining. Materials absorb, reflect, and even fluoresce in unfamiliar ways in the SWIR spectrum. Characterising these effects can allow non-contact identification of materials to be made where previously physical samples would have to be taken for chemical analysis. In the recent EU-funded Opticlean project supporting the pharmaceutical industry, for example, the spectral signatures of chemical stains under broadband illumination are measured in 120 wavelength bands throughout the SWIR spectrum, using filters and an interferometer to isolate the individual wavelength contributions. Comparing this signature with those of pre-characterised samples allows the nature and extent of the staining to be identified.

Conventional thermal cameras, operating in the 3 to 5 and 8 to 12 micron wavebands, are well known for their ability to detect body heat. SWIR cameras detect temperature changes too, but at higher temperatures (about 100 degrees C and above). This makes them a good choice for remote temperature mapping in industrial conditions, such as in the JET tokamak, the UK centre for nuclear fusion research. In this application SWIR cameras are providing a safety system to check proper confinement of the plasma, by monitoring temperature changes within delicate parts of the enclosing toroidal structure.

The surveillance industry is now making use of SWIR cameras too. Rayleigh scattering of sunlight in the atmosphere, which is responsible for the blue sky and red sunsets, and which causes the blue haze overlaying distant scenes, is strongly dependent on the wavelength of the light. Blue is scattered most, and red least. Even further into the red, the longer wavelengths of SWIR are scattered even less by the atmosphere, and therefore have an ability to penetrate hazy, misty or smoky conditions, critical in a long range surveillance system. In addition SWIR wavelengths are affected less by atmospheric turbulence and heat haze compared to conventional visible band colour cameras.

While traditional thermal cameras are excellent at detecting body heat, they are very poor at providing details for identification. Facial features can’t be made out, nor can writing on signs, for example. In contrast a SWIR image can look similar to an image acquired in the visible spectrum. This makes a SWIR camera a powerful surveillance tool.

At night SWIR imaging comes into its own. A phenomenon termed night glow results in a clear night sky being quite bright in the SWIR spectrum. Reasonable night vision is therefore possible with a SWIR camera. This can be enhanced with near IR illumination, which, if above 1000nm, is invisible to all conventional CCD and thermal imagers and so makes for a simple high quality covert imaging system. Video delivery via GigE and Genicam compliance are a big asset here, as they greatly simplify camera integration and provide reliable high frame rate image delivery in a networked surveillance system.

SWIR imaging is also being used to examine the sub-surface structure of paintings: the longer wavelengths penetrate the surface layers and can reveal original details that have been covered by later overpainting. This can help with confirming the artwork’s authenticity, as well as assisting with restoration. Here, one of the critical requirements for the imaging system is high intrascene dynamic range, so that both the low intensity parts of the sub surface artwork and surface highlights can be imaged at the same time.  The image below of an 18th century Russian icon shows a good example: note how the SWIR image reveals the epitrachelion under the hand. 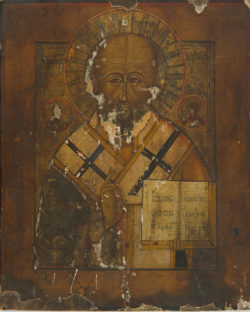 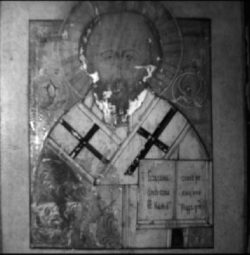 If you would like to learn more about our robust SWIR imaging product range, simply contact a member of the Photonics Science team today. 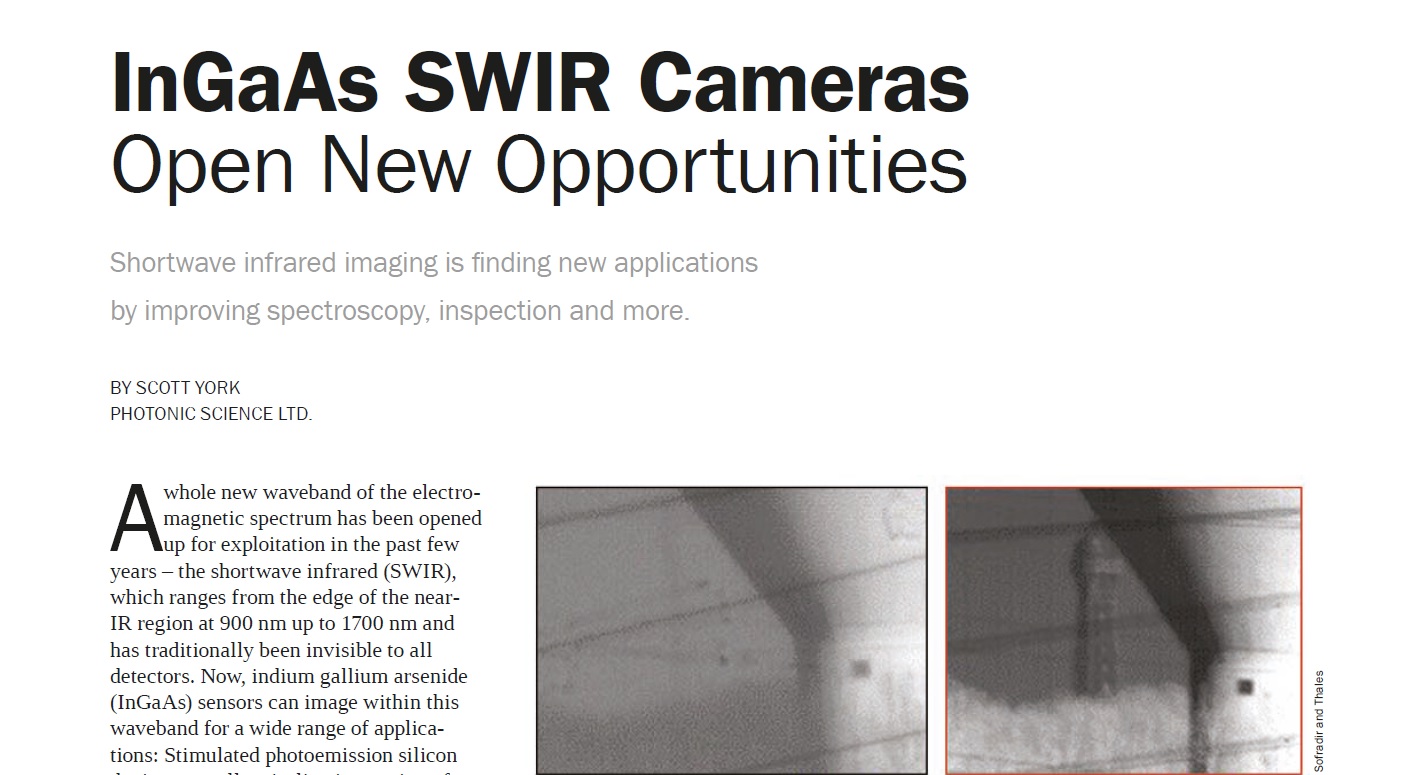 What is SWIR Imaging?