How Do Neutron Detectors Work?

The detection of a neutron requires indirect methods due to the fact that this subatomic particle is neither negatively nor positively charged. Neutrons do not ionize and do not interact directly with electrons in way like electromagnetic radiation does, for example X-rays. When neutrons hit a target material they interact in such a way that their surroundings produce an energetic reaction product. Detecting neutrons is thus commonly based on the detection of these secondary reactions.

Neutron detectors consist of materials that interact with neutrons. Although the principle reaction mechanisms of neutrons with matter are limited, the options for detection media are quite numerous. Detectors can consist of solid, liquid, or gas-filled media. Beside the detection mechanism, there is one major challenge for all types of neutron detectors. They all need to be insensible to gamma ray emission or at least require an implemented technique to discriminate between neutron and background gamma ray events, as neutron detection often takes place in a mixed radiation field.

One interaction mechanism in neutron detectors is elastic scattering where the atom struck by a neutron is recoiled. The recoiling atom can then ionize and excite further atoms through collision. These atoms emit energy that is collected and converted into an electrical signal to induce a detection signal. This mechanism is efficient for atoms with light nuclei such as hydrogen or helium. It is applicable for the detection of fast neutrons with high kinetic energies.

Slower neutrons are commonly detected through a nuclear reaction between the neutron and the nuclei of the atoms of the detector material. In the so called neutron capture mechanism, the captured neutron merges with the atomic nucleus of the detector material to form a heavier nucleus which then emits a detectable radiation. This approach allows the implementation of scintillator screens in neutron detectors. Several different nuclides are applicable for such scintillators. For example, a possible scintillation material contains lithium (6-Li atoms). In a nuclear reaction between the incoming neutrons and lithium, a triton and an alpha particle are produced. This type of scintillator also consists of silver-activated zinc sulfide ZnS(Ag), a fluorescent material that emits photons in the visible spectrum.  ZnS(Ag) is a very common material for the detection of alpha particles. Hence, the Li-produced alpha particle induces scintillation light in ZnS(Ag) for easy detection in the last stage of the indirect neutron detection process. In this final step, for example advanced read-out of the scintillator screen is carried out with CCD or CMOS detectors, respectively.

At Photonic Science, a range of cooled neutron detectors are available for a wide variety of applications. They are equipped with either ICCD or sCMOS detectors that employ LIF:ZnS:Ag scintillator screens.(from our sister company Scintacor) Both offer very low noise and high sensitivity read-out at real-time acquisition speeds. 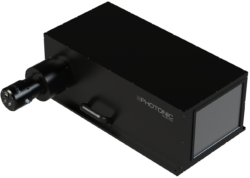 If you like to learn more about our neutron ICCD + sCMOS detectors, please visit our products page. Or simply contact a member of our team today. 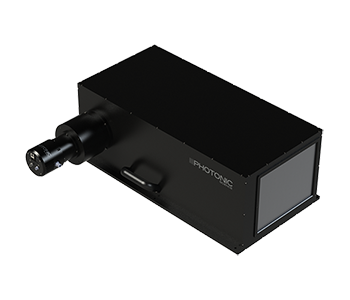